Lately, we have been enjoying lots of fun Alphabet activities. Apples, leaves and pumpkins all lend themselves perfectly to letter learning activities, so we are embracing that and having tons of fun!
Here are my favorite ways to practice letter identification, uppercase and lowercase letter matching, letter sounds , word recognition and more!
Halloween Cup hunt 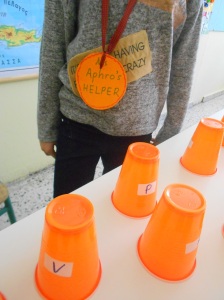 All in all…These cups take up less room and work great for letters, words, and numbers too. The students  can: 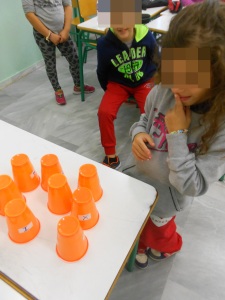 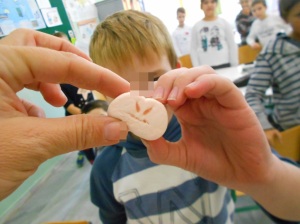 This game is played the same way except you use one set of alphabet cards and the Halloween picture cards. Try to make a match by finding the picture’s beginning letter!

Set a timer for a few minutes and see how many matches he can get. 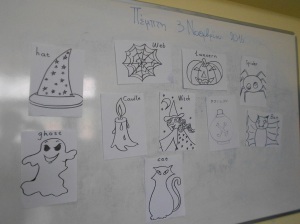 The Alphabet Monster
I spread the letters/pictures  on a desk and tell my students  that the monster was VERY hungry and only eats letters/pictures … BUT that he can only eat them if you say the letter’s/picture’s name first.  They quickly pick out the letters that they already know and feed them to the monster saying each letter name as she put them in.  To make the game fun and playful, I make sounds for the monster … like, “Ohhhh, I’m so hungry!” and gobbling noises after they put a letter in the box.  This receives lots of giggles and silly smiles! 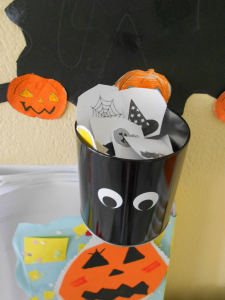 Although we are using the box for alphabet identification, he can EASILY be changed into a number or color monster!

A nice Halloween ABC variation that my students love, has to do with a….Monster!!

I was inspired to create this last year reading an interesting  blog post and I thought I’d share it if anyone would like to use it. I just print a copy for each team . Then I laminate it and tape it onto a fly swatter with the middle part cut out. It can work as a letter monster, a word monster, or even a number monster. I also found a cute little rhyme to go with it. 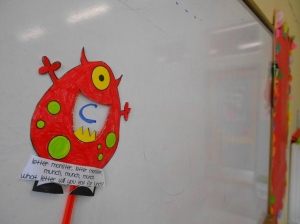 Halloween words- Ladders to the MOON!

This is a simple game.  First, I use tape to create the ladder or just draw it on the board .  Then, I write down high Halloween words or put up flash cards with letters and sounds .  The goal is to move all the way up the ladder.  If you get the word/letter/sound  right, you advance to the next rung.  If you get it wrong, you fall all the way back to the bottom.  Of course, it can work for kids on all levels and subjects.  It can be used for vocabulary, reading, ….math facts – the possibilities are endless.